Jeff Rogers is a piano-playing, soul-singing songwriter from Ottawa, Canada. A full time musician, Jeff performs over 4 times a week in the Ottawa area playing a wide selection of music.  This time spent making a living and honing his craft has enabled the musician to release 2 albums of original music, released in 2007 and 2012, spanning Blues and Pop, to R&B and Soul.

For covers, Jeff's song list is over 1000 songs long with styles ranging from Country to Jazz, Rock to Funk, and all delivered with Jeff's signature soulful sound. His influences include Stevie Wonder, B.B. King, Donny Hathaway, Ray Charles and Jamiroquai.

Having discovered the musical potential of their son early on, Jeff’s parents encouraged him to develop it further by providing him with his first piano and music lessons. Since then, Jeff has taken up saxophone, guitar, and developed his voice to accompany his piano playing. Now predominantly a singer and piano player, he has earned repute as a duelling piano player based out of Ottawa as well as a member of the southern rock groups The Cooper Brothers and Silver Creek.

After the release of his blues-inspired, self-titled debut album in 2007, Jeff appeared at numerous festivals opening for various acts including Taj Mahal, Colin Linden, Sonny Landreth, and The Downchild Blues Band.  In June of 2012, Jeff released his second full length album entitled "Let It Show", and has since opened for Norah Jones on the Main Stage of The Ottawa Bluesfest (July 8th, 2012). Jeff's third album is expected to be out by the end 2021.

Currently, Jeff is gigging full time in and around Eastern Ontario with various groups such as his duo "Beats'n Keys" with Jamie Holmes on drums. This duo is joined by the JUNO nominee, JW-Jones, to form the Blues power band, "HOROJO Trio" - who competed and won the International Blues Challenge held in Memphis in 2020 via the Ottawa Blues Society). They are currently promoting a Kickstarter campaign to help get their debut album out into the world. To pledge go to https://horojotrio.com. Along with celebrating 10+ years as the newest singer/guitar/keyboard/sax player of The Cooper Brothers, Jeff has also found himself featured in a project called, "The Commotions" - a BIG soul band - which consists of members including: Brian Asselin and Rebecca Noelle. Jeff is also a lead singer in two other projects lead by the talented trumpet and band leader, Ed Lister; "Sly High" is a tribute to Sly and the Family Stone, which has found itself on various festival stages and casinos in Ontario. The second, is a fun party band available for hire to get your dance floor moving known as "The Rock Steadies." All the while, he's been helping with session work, virtual gigs and songwriting for a new solo album, titled, "Dream Job" (available for pre-order at https://www.jeffrogers.ca).

You can catch Jeff performing every week around Ottawa - from solo gigs to the 10+piece band formations in wine bars to festival stages, spanning Blues and Pop, to R&B and Soul.

For covers, Jeff's song list is over 1000 songs long with styles ranging from Country to Jazz, Rock to Funk, and all delivered with Jeff's signature soulful sound.

Jeff is also available for private and corporate events and can work within your budget.

Current formations include, but are not limited to: 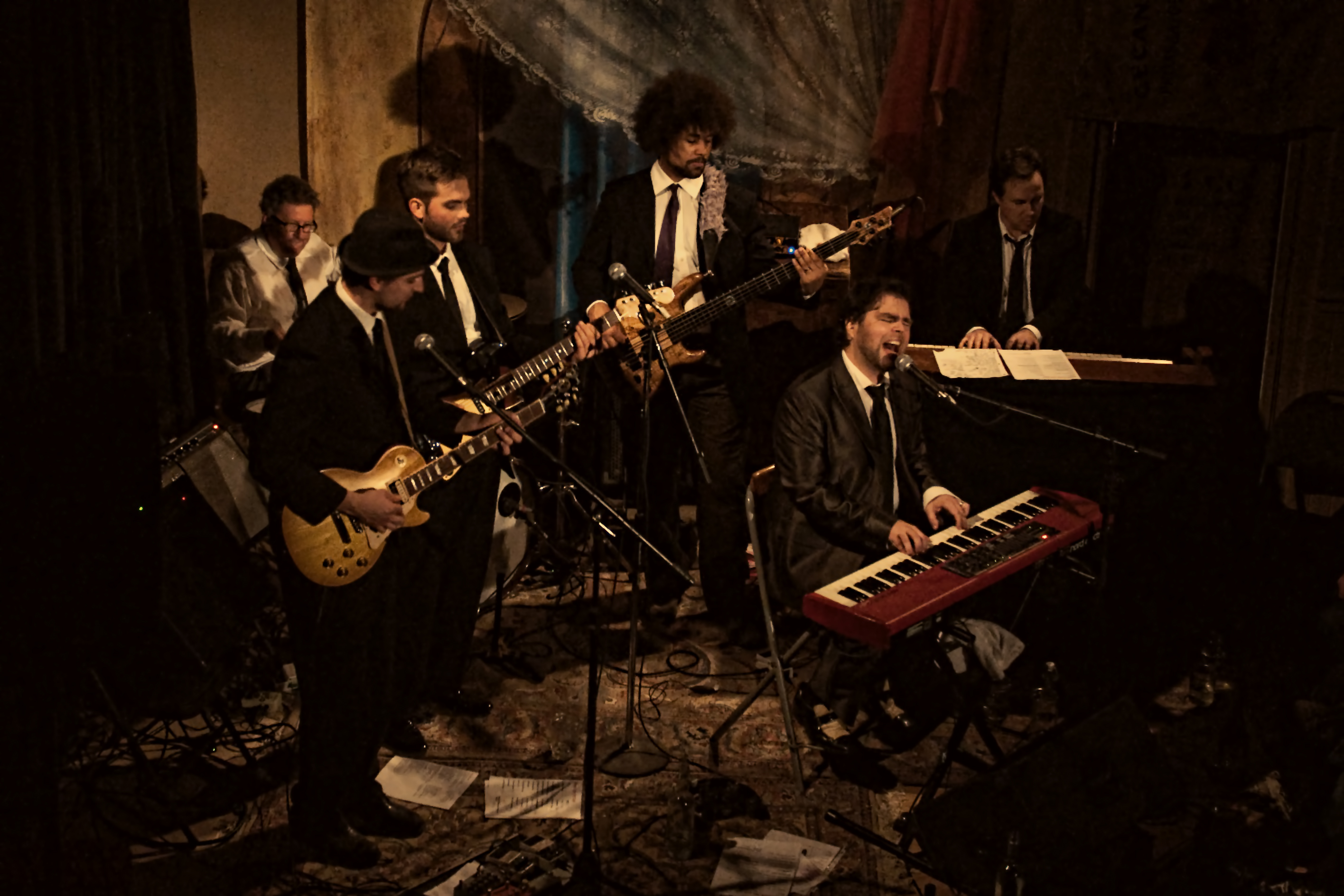